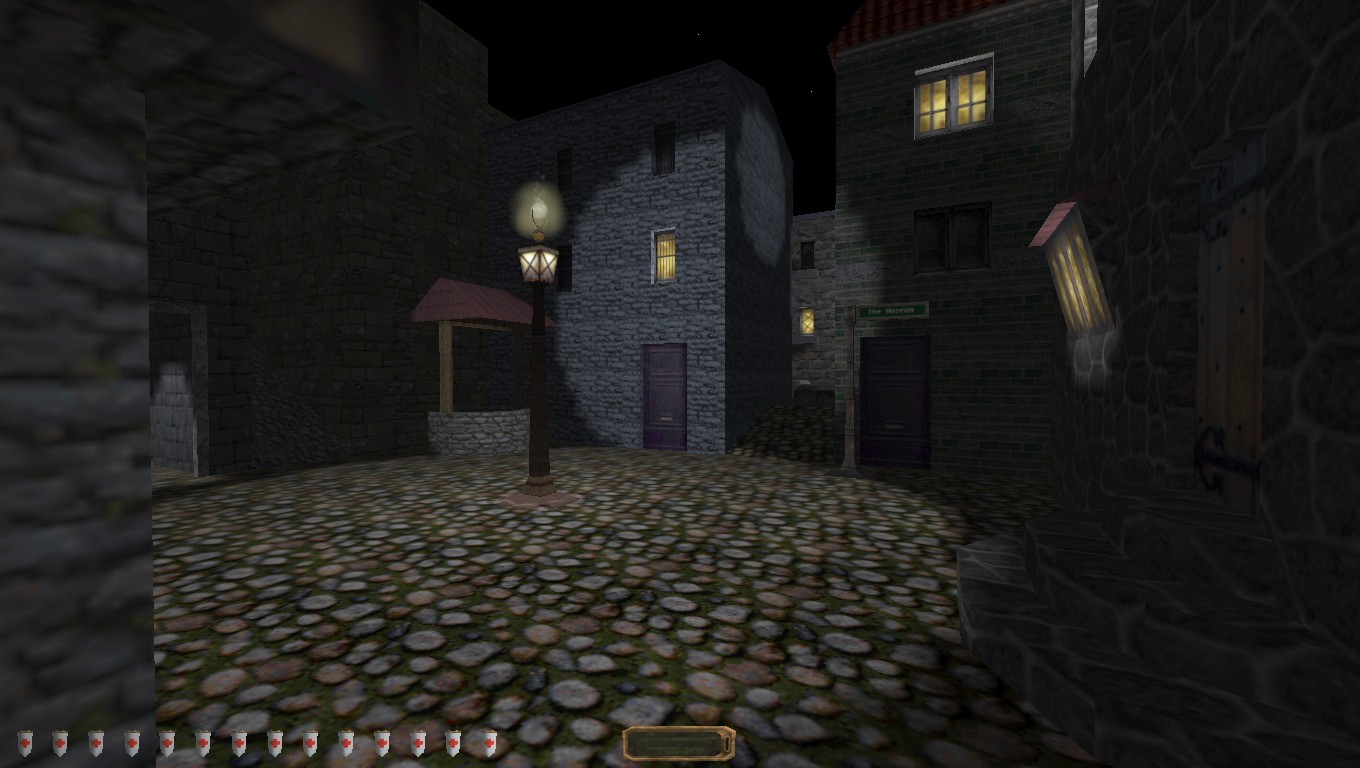 All the mess has began when I escaped from the City to the HighRock town. City's major has organized a big round-up, all my hideout were revealed and I barely escaped his guards. All my stuff remai... Read more

All the mess has began when I escaped from the City to the HighRock town. City's major has organized a big round-up, all my hideout were revealed and I barely escaped his guards. All my stuff remained there, but this is not important for now, because I'm just mad of what was happened recently...

I met another thief in Highrock one night. He was almost catched by local guard when I black-jacked the second and such saved thief's freedom. His name was Switcher. He was very grateful and offered his services. Soon I got the rich information about locals nobles and goldbags. Switcher became my friend. I liked that fellow. He was honest and straight-forward guy. Of course all this made bad thief from him.

So I even rent some room in the southwest part of the town called River's End because there the river that flows across the town leaves it under the Town Wall. The river called Tetis. The life there was very slowly and calm. It was some sort of vacation from the dangerous and nervous work in the City.

But soon all was ended unexpectedly. Switcher came to me with the strange request. He lost the contact with his son Mike, who was a memeber of the Mage's Guild. And he was afraid that there something happened, since before that Mike regulary visited him. He said that will pay for this and has provided me with some information. Of course I could not refuse to him - he loved his son very much and became a thief to support son's education. He told me about some mage's items which should be there and gave approximate location of some tomb where I can get some valuable things. He told that he knows a person who will pay generously for those stuff. I agreed.

So the Mages Guild was deserted, but not exactly. It was haunted and from several notes that I have found I figured out that they were turned to undeads by some magical stone-artifact. I even saw it - it was very attractive, it seems whispered "take me, I will show you a great power" or something like that. Somehow I have not touched it and still ok. I think it is due to Alexander's notes that I found in one of the watery caves. Alexander was one of the mages in there and he has understood the danger but have not managed to warn the others.

After visiting deserted Mages Guild two weeks ago some events forced me to remember those days. When I returned from the wilderness I sold almost all of the goods that I have found there to local trader named Cunny. He gave me half of the price I expected to receive for this crap. When I demanded more he laughed to my face and said that I can take it back and try to sold in other places. He perfectly knows that in this little town only he has enough money and power to buy a decent amount of illegal goods. Of couse I was not going to back to City and try to sold goods there - it needs more time to cease the round-ups there. Then I took the money, but decided to give him a lesson in the future.

The doings were even worse with the other more relic items I discovered in there. Switcher organized a meeting with the person interested in items belonged to mages. He especially mentioned the Ring and the Sceptre. I must tell that he scared me to death: tall, dark-cloacked figure seems appeared out from nowhere. He spreaded some cold and grim around. But he very generous paid for the Sceptre, Ring and the Crown and vanished. Already saw teleportation of mages I didn't felt any strange in that. I should thought about where did he learned such things, but I was so happy to feel the weight of gold and almost forgot about him, especially when bad feelings disappeared along with him. All was fine, several
days I spent resting in my small home and local pubs. I even began to think about the returning to the City when suddenly noticed that all the gold has vanished and a pile of garbage appeared there.

I couldn't understand who managed to perform that. Thinking for a while I decided that it is somehow connected with that dark fellow I sold items to. But I had no information where he could live and who is he. So I decided to visit Switcher and find out where he found such a 'friend'. The only problem is I have no idea where Switcher exactly live - he changes his quartes very often, because he is wanted by town guards due to his low thief skills. I heard the last residence he was lurked in is placed somewhere East of Clock Tower. Anyway I must find him.

Also since I left only with Lucky Coins which I'm not going to spend I might need some funds to live further. Seems it is time has come to remember about my friend Cunny. That trader needs to be teached not to mess with me. I'm going to steal all goods I sold to him and all gold from his day's profit. But I got to be careful, Cunny suspects thief in me and very cautious while I'm nearby. He just opened his second shop, it is not yet completed, but Cunny won't lose the time. I should somehow distract his attention, maybe hide in the shadows till he'll forget about me or wait for some late customer to take his attention?
I got to think hard to cheat this fat bastard, the direct stealing approach is unappropriate here, only if something could happen during my hiding in the shop..., don't know. Also I should not get to his line of sight after taking his stuff, because he may call the guards and I'll be cautch.

That dark fellow will also regret about cheating me. I'm very angry to lose such amount of gold especially when it was posessed from such dangerous place as Mages Area. For now I need some sleep - I have a lot of work to do tomorrow.
....
....
You almost fell into the depths of dreaming when suddenly you hear a strange sound behind the door. What is it? it sounds so similar.... you heard that before, but where and what is it? 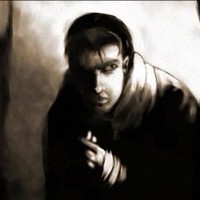