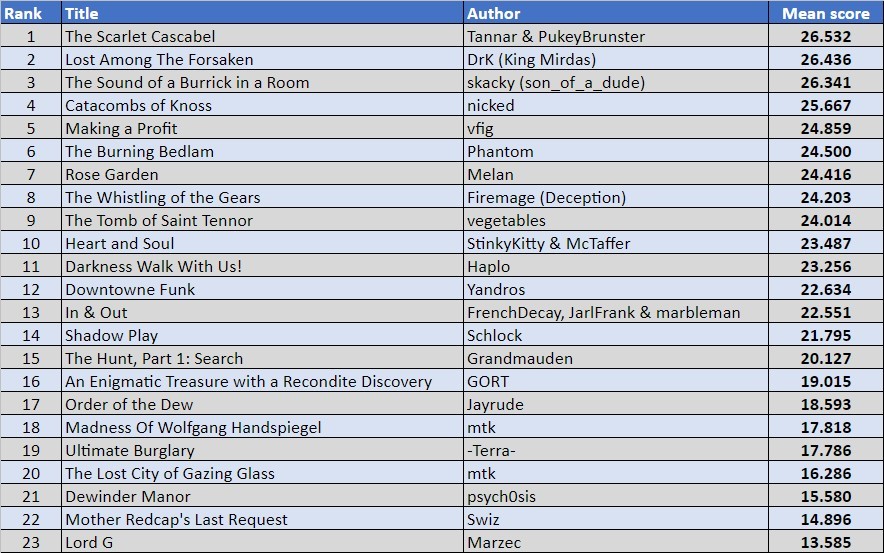 Week ago, TDP 20th Anniversary Contest results were posted on TTLG. We updated the missions with ranking, so that you can choose which mission to play next, if you missed to play them during the voting period. Check the sorted list here!

Congratulations to the top 3 missions that won the hearts of the players!

1. The Scarlet Cascabel
2. Lost Among the Forsaken
3. The Sound of a Burrick in a Room

Besides of that, we think more than half of the missions truly follow the spirit of Thief: The Dark Project. After all, if you are able, we recommend you to play all 23. Each single mission is a real tribute to the 20 years old game about the Master Thief.